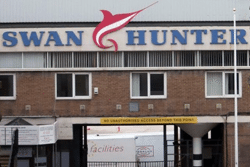 A joint investigation between Northumbria Police and the HSE found that NEMOC had failed to check that Allan Turnbull had the necessary competence to carry out the work and the director Christopher Taylor was found guilty of breaching the Health & Safety at Work Act (HSWA) and was fined £30,000 plus £50,000 costs.

The investigation also found that Allan Turnbull had failed to plan the work adequately after identifying a lack of suitable and sufficient lifting plans, to ensure a safe system of work was in place for the dismantling of the structural steelwork, leading to the building becoming unstable. He should have taken the advice of a competent engineer on how to dismantle the structure sequentially, as well as advice on lifting safely. Allan Turnbull was found guilty of gross-negligence manslaughter and breaching the HSWA and was sentenced to three years in prison.

An aggravating feature was Allan Turnbull’s previous prosecution 3 years previously over an incident in which an employee sustained serious leg injuries.