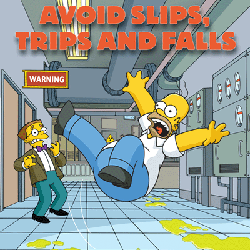 Slips and trips are the most common cause of injury at work. On average they cause 40 per cent of all reported major injuries and can also lead to other types of serious accidents, for example falls from height. Slips and trips are also the most reported injury to members of the public. There is an HSE leaflet with further information here (pdf).

The Health & Safety at Work etc Act 1974 requires employers to ensure the health and safety of all employees and anyone who may be affected by their work, so far as is reasonably practicable. This includes taking steps to control slip and trip risks.

Mark, a painter found out the hard way that something as simple as a trip could cause problems. He had worked on building sites for years and had always been told about the big risks, such as falls from scaffolds or being run over by plant etc, but had never given a thought to something as simple as a trip causing a problem. When moving some tins of paint on uneven ground he caught his foot on a stone and fell down. He had fractured two bones in his leg and was in hospital for weeks. It was months before he could put weight on his leg again. He lost his job, couldn’t play sport anymore and was unable to do any of the things that he always took for granted. It was 10 months before he was able to work again. 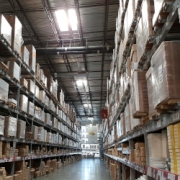