“Reasonably practicable” sets goals for duty-holders, rather than being prescriptive. This flexibility is a great advantage, but it has its drawbacks, too. Deciding whether a risk is ALARP can be challenging because it requires duty-holders to exercise judgement. In the great majority of cases, it can be decided by referring to existing ‘good practice’ that has been established by a process of discussion with stakeholders to achieve a consensus about what is ALARP. For high hazards, complex or novel situations, it will be necessary to build on good practice, using more formal decision-making techniques, including cost-benefit analysis.

The concept of “reasonably practicable” lies at the heart of the British health and safety system. It is a key part of the general duties of the Health and Safety at Work etc. Act 1974 and many sets of health and safety regulations that the HSE and Local Authorities enforce.

Policy makers need to know about ALARP because when proposals are made to control health or safety risks, you need to make sure that, as far as possible, those controls will reduce the risks to employees (or other people, as the case may be) ALARP.

In essence, making sure a risk has been reduced ALARP is about weighing the risk against the sacrifice needed to further reduce it. The decision is weighted in favour of health and safety because the presumption is that the duty-holder should implement the risk reduction measure. To avoid having to make this sacrifice, the duty-holder must be able to show that it would be grossly disproportionate to the benefits of risk reduction that would be achieved. Thus, the process is not one of balancing the costs and benefits of measures but, rather, of adopting measures except where they are ruled out because they involve grossly disproportionate sacrifices. Extreme examples might be:

To spend £1m to prevent a major explosion capable of killing 150 people is obviously proportionate.

Of course, in reality, many decisions about risk and the controls that achieve ALARP are not so obvious. Factors come into play such as ongoing costs set against remote chances of one-off events, or daily expense and supervision time required to ensure that, for example, employees wear ear defenders set against a chance of developing hearing loss at some time in the future. It requires judgment. There is no simple formula for computing what is ALARP.

A hazard is something (e.g. an object, a property of a substance, a phenomenon or an activity) that can cause adverse effects. For example:

Water on a staircase is a hazard, because you could slip on it, fall and hurt yourself.

Loud noise is a hazard because it can cause hearing loss.

Breathing in asbestos dust is a hazard because it can cause cancer.

A risk is the likelihood that a hazard will actually cause its adverse effects, together with a measure of the effect. It is a two-part concept and you have to have both parts to make sense of it. Likelihoods can be expressed as probabilities (e.g. “one in a thousand”), frequencies (e.g. “1000 cases per year”) or in a qualitative way (e.g. “negligible”, “significant”, etc.). The effect can be described in many different ways. For example:

The annual risk of a worker in Great Britain experiencing a fatal accident [effect] at work [hazard] is less than one in 100,000 [likelihood];

About 1500 workers each year [likelihood] in Great Britain suffer a non-fatal major injury [effect] from contact with moving machinery [hazard]; or

The lifetime risk of an employee developing asthma [effect] from exposure to substance X [hazard] is significant [likelihood].

How to tell if a risk is ALARP

Using “reasonably practicable” allows goals to be set for duty-holders, rather than being prescriptive. It allows duty-holders to choose the method that is best for them and so it supports innovation.

In most situations, deciding whether the risks are ALARP involves a comparison between the control measures a duty-holder has in place or is proposing and the measures that would normally be expected in such circumstances i.e. relevant good practice. “Good practice” is defined in the general ALARP guidance as “those standards for controlling risk that HSE has judged and recognised as satisfying the law, when applied to a particular relevant case, in an appropriate manner.” It is decided by consensus what is good practice through a process of discussion with stakeholders, such as employers, trade associations, other Government departments, trade unions, health and safety professionals and suppliers.

Where there is relevant, recognised good practice, duty-holders are expected to follow it. If they want to do something different, they must be able to demonstrate that the measures they propose to use are at least as effective in controlling the risk.

Where the situation is complex, it may be difficult to reach a decision on the basis of good practice alone. There may also be some cases (for example, a new technology) where there is no relevant good practice. In such cases, good practice should be followed as far as it can be, and then consideration given to whether there is any more that can be done to reduce the risk. If there is more, the presumption is that duty-holders will implement these further measures, but this needs to be confirmed by going back to first principles to compare the risk with the sacrifice involved in further reducing it.

Regulation of Health & Safety at Work 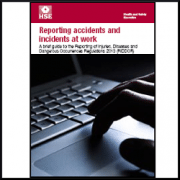 Do you know how to RIDDOR report? 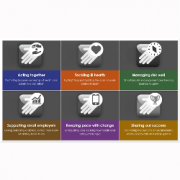 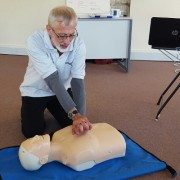 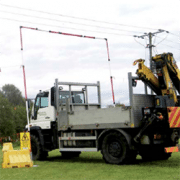